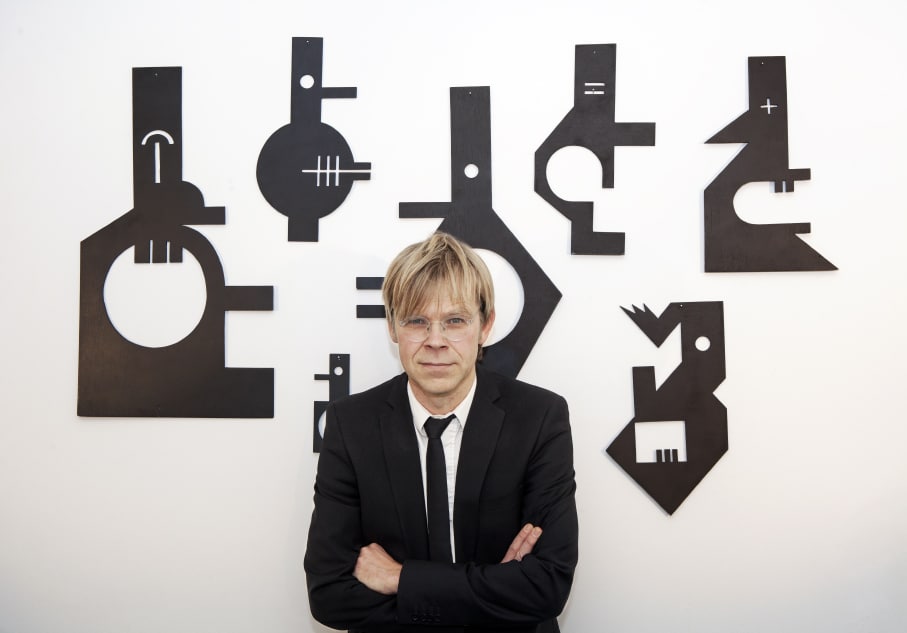 Lars Fiske (NO) was born in Oslo in 1966. He is a Norwegian artist and illustrator, and has released a number of award-winning and critically acclaimed comic books.
Fiske has developed a very personal style and is considered one of the foremost illustrators / comic artists in Norway.
Photo by courtesy of Ingrid Pop

Pompous self-importance in the literary and artistic world is a theme in several of Fiske´s series. Over the years he has developed and honed a distinctive, stylized drawing style, where perspectives and proportions are distorted.

Together with Norwegian author and artist Steffen Kverneland he released “Olaf G.” (2004), about the artist Olaf Gulbransson and their journey into Gulbransson´s world. The book has been translated into German and Swedish.

Fiske and Kverneland followed up with “Kanon” (5 volumes, 2006-2012) about the artists Edvard Munch and Kurt Schwitters. Fiske´s story about Schwitters were collected in the book “Herr Merz” (2013), and have been translated into German and Dutch.

Fiske´s illustrations has been published in a number of newspapers and publications, among them Swedish Dagens Nyheter and Nöjesguiden, and Norwegian Night & Day, Spirit and Aftenposten, where he draws weekly in A-magasinet.

He has also designed the graphic profile of Oslo Public Library,  which was based on a commission made for the Literature House in Oslo.

Lars Fiske was festival artist under the Bjørnson Festival in 2007. He has also exhibited at Gallery F 15, Henie Onstad Art Centre and Tegnerforbundet.

View works by Fiske available in our web shop