Patrick Thomas (1965, Liverpool, UK) is a graphic artist, author and educator based in Berlin. He studied a BA (Hons.) degree at Central Saint Martins School of Art & Design, graduating with a first in 1987. From 1987–89 he studied an MA degree in at the Royal College of Art. In 1991 he relocated to Barcelona where he founded studio laVista in 1997.

In 2008 Thomas set up a silkscreen press at the studio and since then has exhibited his limited-edition prints—of which he has published in excess of 150 editions—across five continents where many are now held in private and public collections.

In 2005 Patrick Thomas published ‘Black & White’ a compilation of his work for the international press, which has been described as a seminal publication in the field of illustration. The same year he stopped taking on commercial work. In 2011 Laurence King, London, published his second publication ‘Protest Stencil Toolkit’. He is currently working on the follow-up.

In 2016 he set up his second silkscreen press in Berlin and works between there, Barcelona, London and Stuttgart. Since October 2013 he is a professor at Staatlichen Akademie der Bildenden Künste Stuttgart. He is a member of Alliance Graphique Internationale.

All pictures on this page: Courtesy of the artist 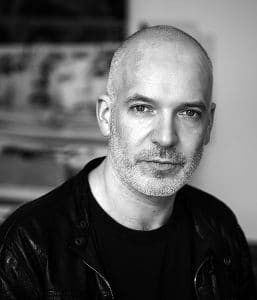 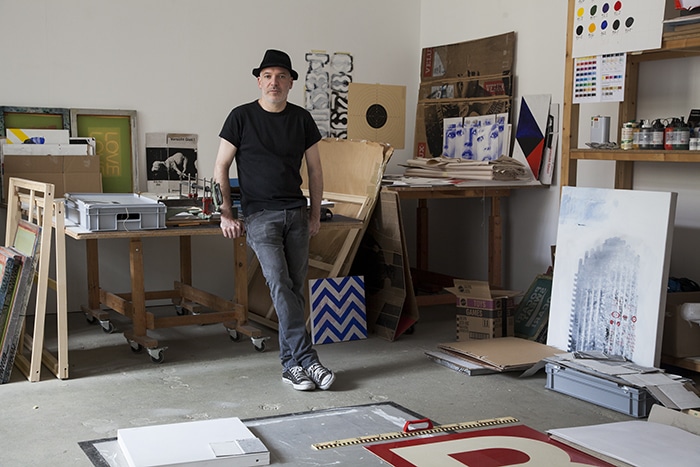 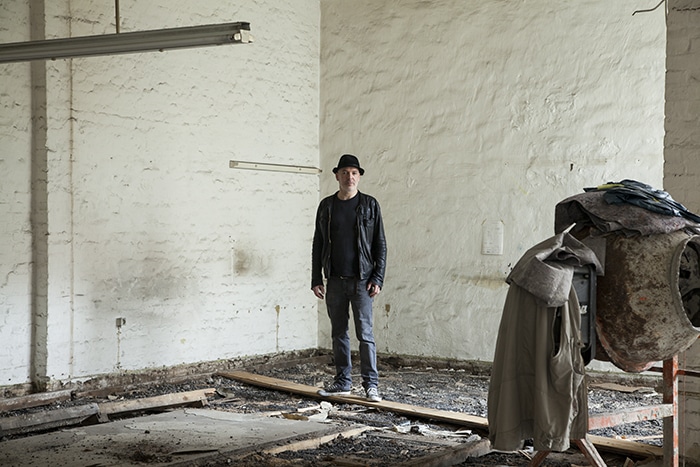 View Patrick Thomas in his studio, talking about his art

Patrick Thomas has been described by art director Steven Heller as an ‘iconographiste,’ combining iconic images to create a powerful message and make them his own. In 2009, Khoi Vinh (former Design Director of New York Times) described his work as ‘gorgeously screened, conceptually challenging graphic art as commentary.’

Patrick Thomas about the Plectrum series:

“I can never resist the allure of a good old rock ’n’ roll guitar shop. This dates back to my time playing (badly) in bands in my youth before I decided that it would be a better idea to make art. Therefore, on a recent trip to Hamburg, I found myself in one around the corner from where the Star-Club—where it all began— once stood on a side street of the Reeperbahn in St. Pauli district. I filled my pockets with plectrums, had a beer and made my way back to the station. By the time my train pulled into Berlin main station I had planned the series.

With the deaths of Bowie, George Martin, Lemmy, Dale Griffin, Viola Beach… 2016 has been a tough year for the UK music scene. This series is my homage to them.”

The ‘Plectrums’ editions are the first release from Patrick Thomas’ new studio in Berlin.

View works from Patrick Thomas in our shop

Thomas’ work has been featured in political publications such as Head to Head: Political Portraits, edited by Museum of Design Zürich