Summer is long gone, but Sabina Jacobsson´s new series “In Our Now” reminds us of warm, sunny days. Her “Teneriffa drawings” are from her stay at “Casa Randi“, the artist Arnold Haukeland´s atelier in Tenerife. Jacobsson visited the atelier in July 2018, and the drawings forms small glimpses of her days at the Spanish island.

Sabina Jacobsson is a rewarded artist, most known for her videos, photos and installation works. Since she graduated from The Academy of Fine Arts in Trondheim Norway in 2000, she has had several exhibitions/screenings in Norway and abroad.

The main content of Jacobsson´s works reflects cultural affiliation and social structures, and relations between groups and individuals that regulates social patterns of behavior. She often stages narratives (stories/tales) about cultural solidarity and togetherness, along with political issues. Through a number of projects of artistic collaborations, she has been given the opportunity to work with different expressions, on stage as well as in gallery spaces, which has resulted in/contributed to her multifaceted expression.

“In Our Now” is a dual project, consisting of a short film project and the “Teneriffa drawings”. The film is a collaboration with Spanish actors from an organization that helps people “outside of society”. The drawings are a kind og diary from a stay in the Arnold Haukelands studio in Tenerife. In both projects, Jacobsson uses conscious attendance as a working method: “I have written a script about my father’s death and my mother’s reaction to it. I sent it to Spain a few weeks before i went there. I asked them to read it and make their own interpretation of it from their life situation. They were helped by employees in the organization to work with it. When I came down, we started without preparation with the recording. It took three days. I do not speak Spanish so my method was to observe their presence and body language in action. We changed the content of the story, depending on the “actors” state of mind that day. There were a lot of improvisation.

“Casa Randi” is located in the village of Icod de los Vinos, north-west of the Spanish island Tenerife. The garden is lush with orange and lemon trees, tall palms, mimosa and conifers, flowering shrubs and beautiful flower beds. The house belonged to Arnold Haukeland, recognized as one of the most important Norwegian sculptors throughout the ages. He and his wife, Randi, built the manor house, and used it as their home and art workshop. The building serves now now as residency for Norwegian artists.

Sabina Jacobsson looks upon her drawings from Tenerife as a way to gather, observe and document each day during her stay with her family. Having been connected for a long time to digital devices and “living online”, always in the same mindset, she wanted to change her fixed mental structures and work analogously with drawing in conscious presence.

The drawings are intuitive and impressionistic. Her rapid lines on the the paper forms bright and colourful memories of happy summer days, far from her social concious videos and installations. The “Teneriffa drawings” are indeed just what they seem: The artists pure happiness of being alive, having family and friends, enjoying the warm summer days.

All the drawings are dated, and have a short sub texts, revealing glimpses of what the artist and her family did each day of their stay. 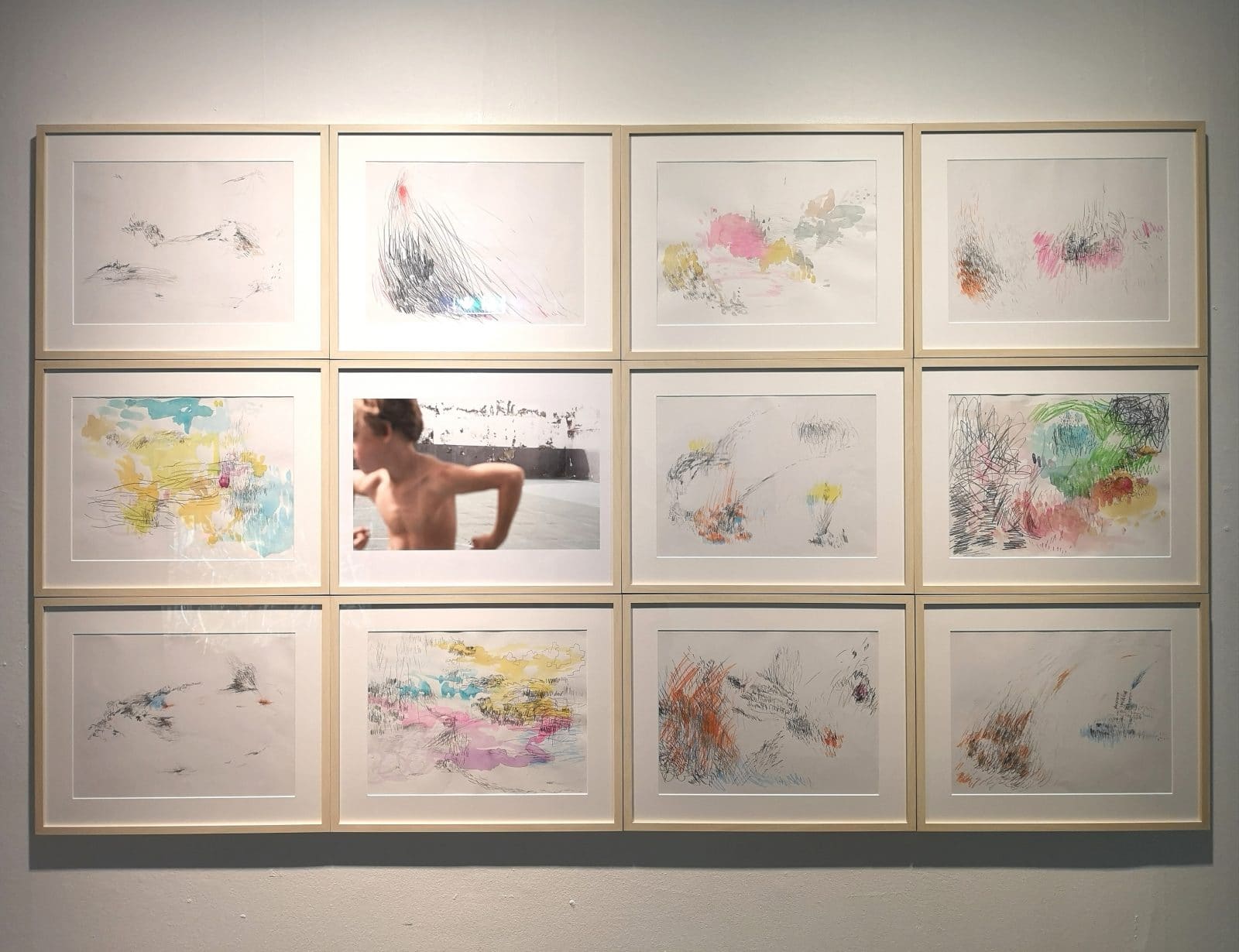 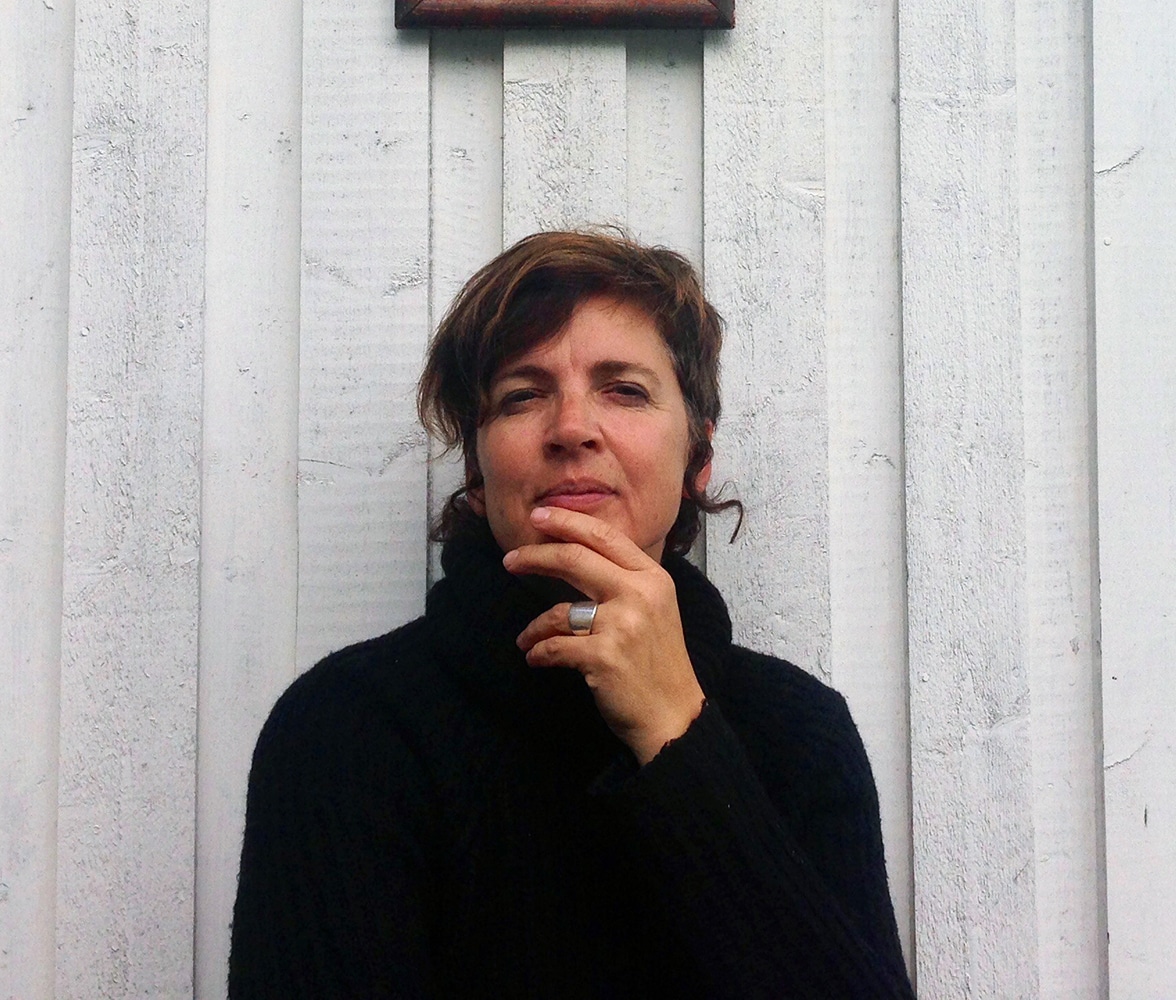