Maria Pogorzhelskaya (born 06.11.1971, Moscow) is a Russian artist, living in Moscow and Milan. She graduated from Moscow Art Academy Liceum and after that from Academic Institute of Arts, Moscow (1989-1996) as a painter. At the same time, she had master classes in NCCA Moscow (1996-1997).

Between 2002-2014 she collaborated with Aidan Gallery until their closing. She participated in numerous domestic and international shows, art festivals and art fairs, both in solo shows and group exhibitions. Among them the 1st, 2nd and 3rd Moscow Biennale of contemporary art, Artklyazma International Festival of Art, Russia 2002, 2003 and 2012 and EcoWorld 1st Biennale of contemporary art in Jeonbuk, Korea

Pogorzhelskaya is a member of the Moscow Union of artists.

Works by Pogorzhelskaya available in our web shop 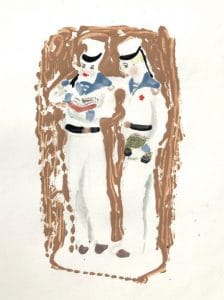 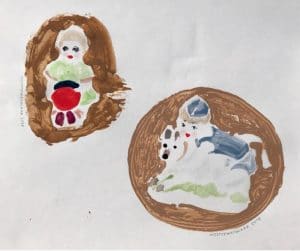 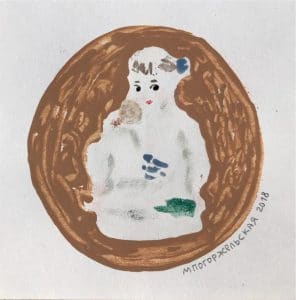 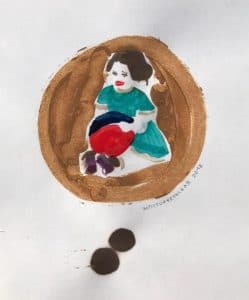 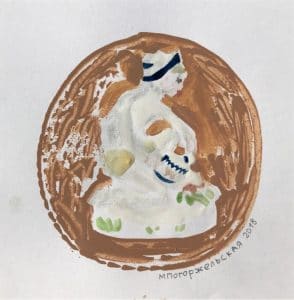 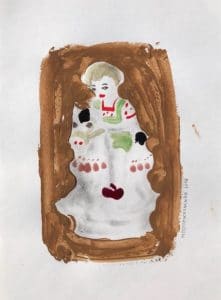 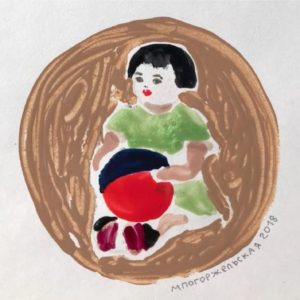 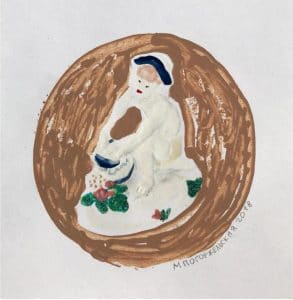 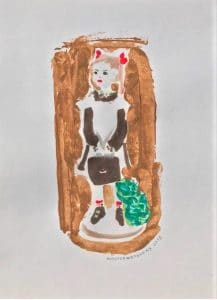 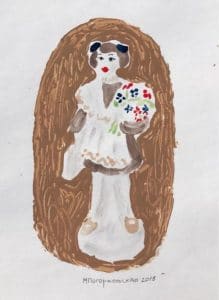 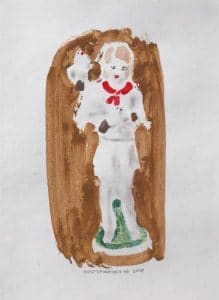 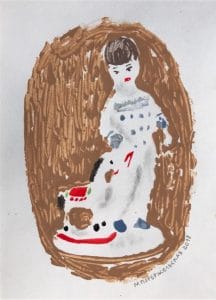 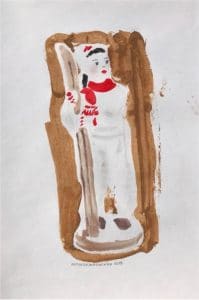 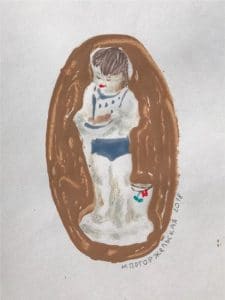 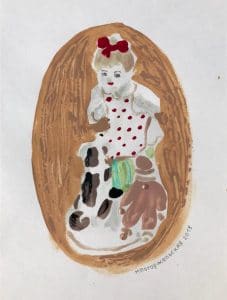 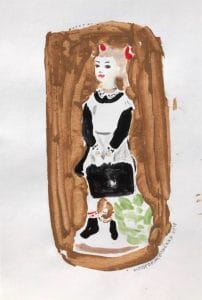 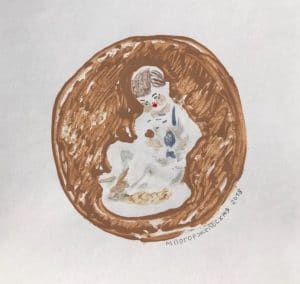 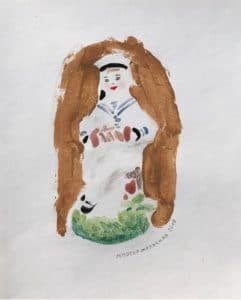 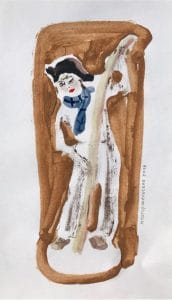 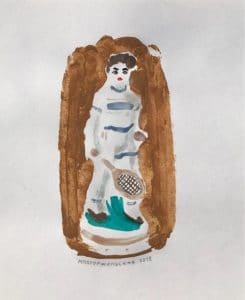 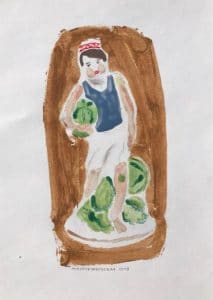 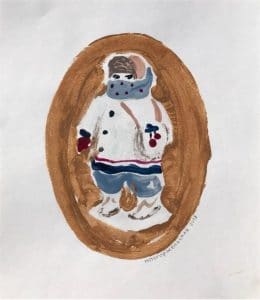 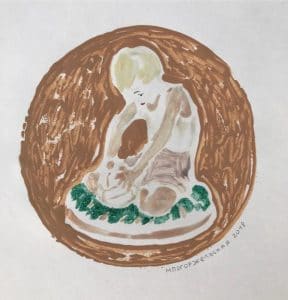 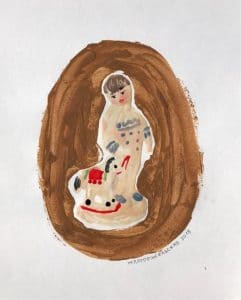 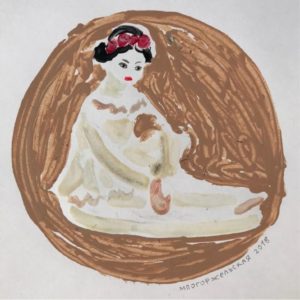 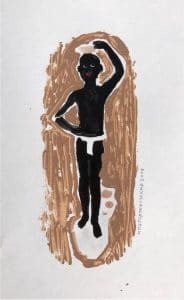 The two series of Maria Pogorzhelskaya’s paintings in our gallery seems at first glance very apart, both in expression and content. The Time Machine pictures are painted quite crudely with nail polish, eyeshadows, iodine, greenery and foundation, and show her personal collection of popular Soviet porcelain figurines of the 50’s, collected on flea markets in Moscow about 20 years ago.

The other works are oil paintings in vivid pastel colours, picturing girls and women in quite private situations; doing yoga, having a manicure or face mask. The persons in the pictures seems composed, happy even. It is as if they are caught in an unguarded moment, not aware of being viewed. Not feeling any need to protect themselves.

What the pictures have in common is Pogorzhelskaya’s interest in basic human behaviour and our craving for beauty; How is it that those naïve porcelain figurines, so similar in appearance, once was so popular? Pogorzhelskaya explains that they embed a wish to present idealistic objects for ordinary people; this is what children should look like and do. Owning one both embellished your home and set an example. Using make up in painting them underlines the aspect. By placing nice objects in my home or putting on my make up, both I and my life becomes more beautiful, more ideal.

Both series are figurative in expression. But in contrast to the Time Machine series, the oil paintings appear more photographic, as if trying to capture a moment and keep it in memory. By doing that, the artist states that all those unpretentious everyday moments, seemingly of no importance, are vital. And just like the Soviet figurines these captured situations of women’s life’s will forever incorporate memories, for future generations to reflect upon.

“Pogorzhelskaya’s paintings aim to capture the moment. By appealing to photography, she preserves in her work the fortuitous and unrepeatable temporal aspect, prolonging it to the eternity of the “long second” and imparting a lightness to each moment of being.” Olesia Turkina & Victor Mazin