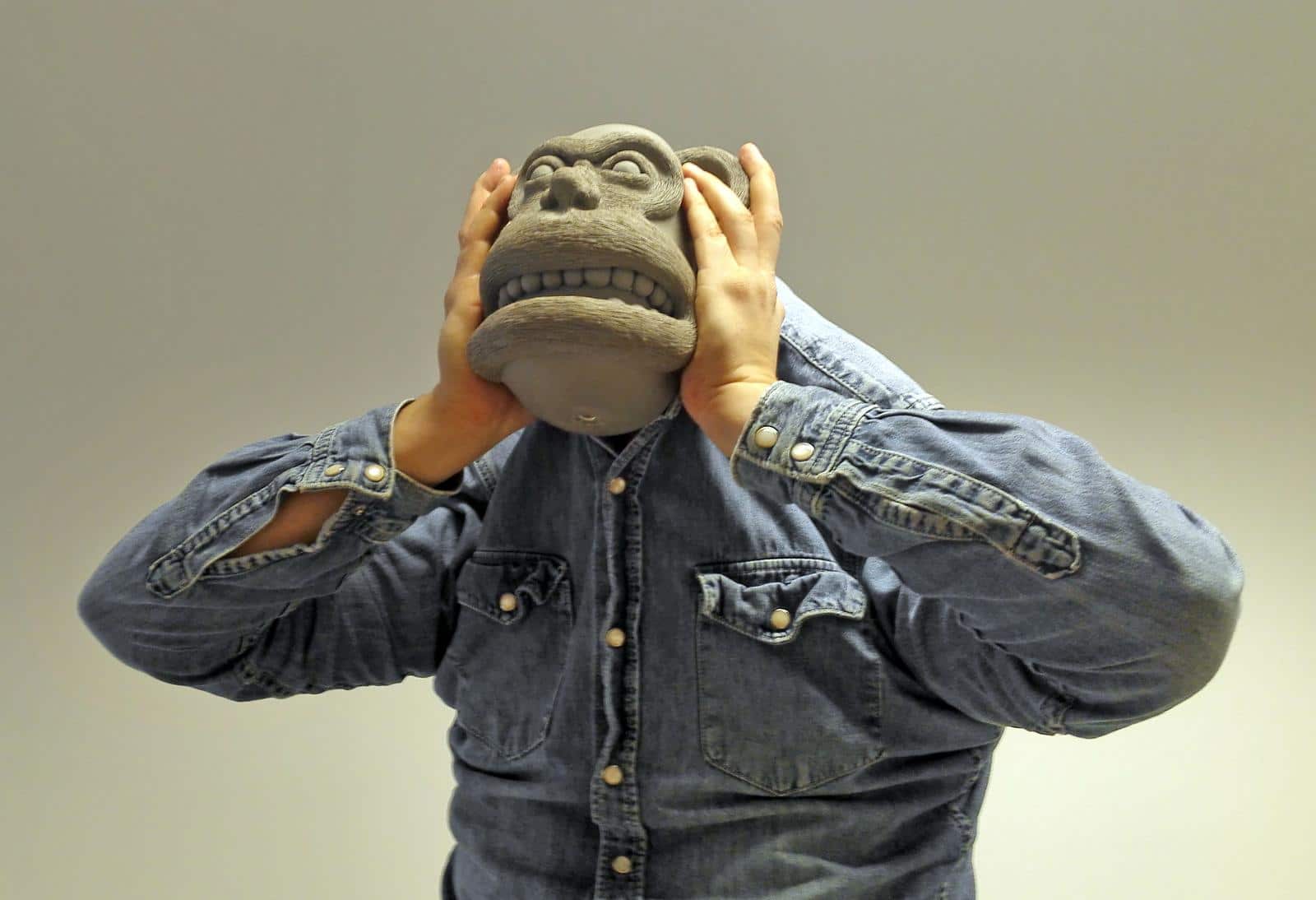 Jim Darbu (NO) has exhibited in solo and group exhibitions in private galleries and art-institutions throughout Norway since 2010. His works are held in the collections of Bergen Art Museum, Akershus County and Hå old vicarage, Norway. His art is highly influenced by the aesthetics of pop art, comics, films and video entertainment games.

“During the last years it’s become clear to me that my sculptures are recycled waste of the entertainment industry. Since early age I’ve been preoccupied with watching movies, reading comics and playing video games.

I can’t even begin to grasp the amount of hours I’ve spent in front of the television or a computer screen. My obsession has definitely given me a lot of joy, but it has also given me a lot of impulses to process.

How the general man would react to all this is hard to say, but my response has always been to make art. Like a broken mirror I reflect the fragments of our popular culture and turn them into sculptures.

With the entertainment industry rapidly changing I’ve been left with this short attention spam that influences the way of making art.

With a restless mind and a constant need of being entertained I tend to get tired of my old projects. I’m always trying to reinvent myself and want to push the limits of what’s capable in ceramics.

Like any good movie I hope my sculptures reflect human interactions in a truthful way, but the visual aspect is just as important. As many people already know, the movie isn’t wort watching if it’s not shot the right way.” (Jim Darbu)