Christine Istad is working with photography, video and installation. She has participated in several solo and group exhibitions both in Norway and abroad.

Istad has made a series of public, site-specific projects such as; several landscape projects at Henie Onstad Art Center and DeFence, Oslo. She has participated at the regional exhibitions and her works have been purchased by a.o. The Central Bank of Norway, KUBE Art Museum, Prime Ministers Office and LUAG Collection, PA, USA.

She has received her education from Westerdals School of Communication and Parsons School of Design in New York. Istad has received a series of project grants, artist stipends and support from the government of Norway. 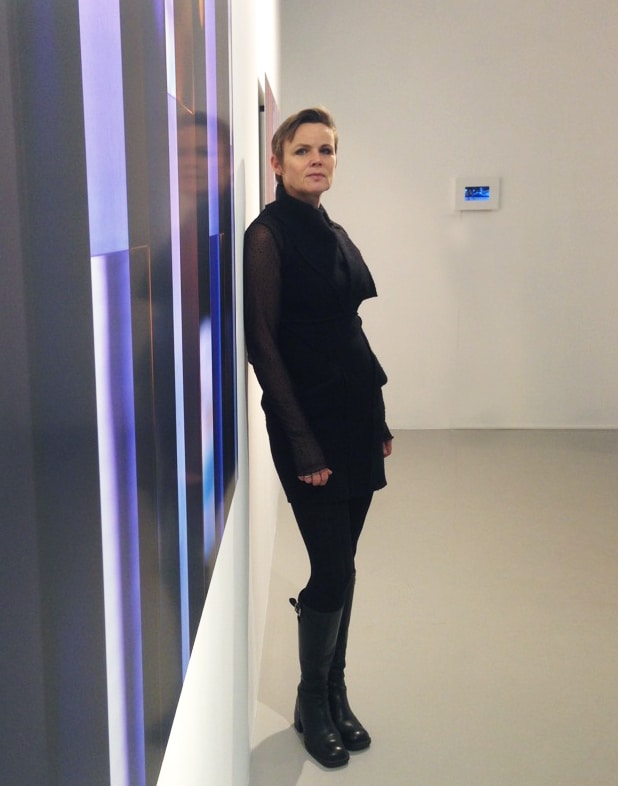 What happens to inherited traditions and fundamental values when high technology and efficiency become the defining powers in our lives? And how is the balance between man and nature maintained when the individual is increasingly defined as a “mechanical figure”?

The contrast between ultramodern architecture and mankind’s attempts at customization fascinates the artist, and with the camera as a magnifying glass, she outlines details of everyday life in innovative metropolises. Cultural anthropologist would probably say that by transferring something alien into something known, what we are familiar with might also become estranged.

Istad spends a lot of time looking for motives. She focuses and defocuses, closing up on her motives, aiming to capture the quality of a moment in a “reductive” way. Her photographs refer to moments and events in a future-oriented and fast-paced city life. The motives are not manipulated, but appear nonetheless strangely abstracted, yet fascinatingly intriguing and poetic.

View works by Istad available in our web shop