The Norwegian artist Solveig Bergene holds her MA from Bergen Art Academy. She has also studied fine art at Einar Granum Art School and Nansen School, and participated in an exchange program at the National College of Art and Design in Dublin in 2009.

Bergene has exhibited in a number of private galleries and art-institutions throughout Norway since 2007. Among her solo exhibitions are “Portal 2” at Kunstbanken, Hedmark Art Center and “Portal” at Gallery Vulkan, Oslo.

She is particularly interested popular science, and the mythologies of alchemy. Her medium is pencil drawing on paper, which varies in size from large – almost wall-to-wall-drawings – to delicate, small formats. 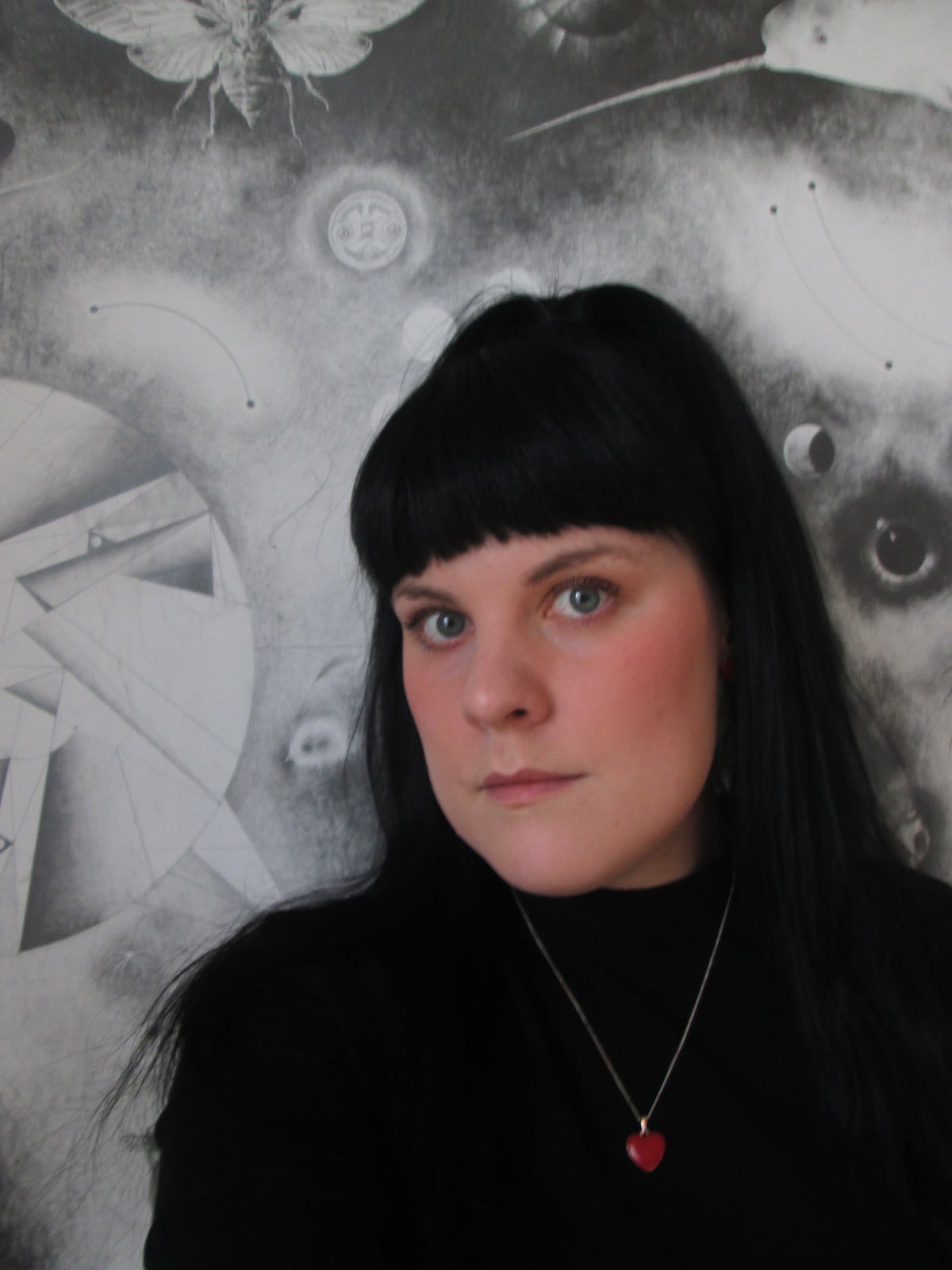 The driving force of Solveig Bergene´s artistic practice has it´s origin in a number of her interests; popular science, Victorian era, the abnormal, 1600 century wunderkammer tradition, alchemy and older natural science history. Bergene is also interested in how we attach human characteristics to animals and project meaning upon objects.

By disconnecting her drawings from present time, Bergene facilitates an open reading. As a result her works become wordless narratives that do not require any background knowledge by the viewer to be able to interpret them.

Bergene relies on a repertoire of symbols and favourite motifs, based on the themes mentioned above. She is fascinated by the early period of natural science, when a large degree of irrationality was still present. 1600-century wunderkammer is also an important source of inspiration. These collections often consisted of strange, rare or forged objects, and may be seen as a forerunner of the collections we see today.

Older scientific educational posters provides Bergene with important references. The intention of the charts was to give an objective and rational presentation of a subject, but is often full of errors and imaginative exaggerations.

Many of her drawings are based on the same themes. She describes this as “looking for something I do not know what is, through revising and combining my motifs”.

The notion that she doesn´t know exactly what she´s looking for, fuels her project forward; she is most interested in the drawing she has not yet made.

Bergene states that her works should not be seen as separate objects. She prefers the viewer to look at her oeuvre as one large project.

Pictures and information she feels has an interesting charge, forms a physical and mental archive that is constantly evolving. She always looks for new stories, phenomena and objects, and most often her motifs exist in “real life”. They are not pure fantasy. But still she strives to give them a kind of duality; they may resemble several things at the same time.

“I choose themes and motifs and try creating my own mythology with a kind of irrational logic. Trying to achieve this is important for me to be able to work intuitively”, she sais.

The artist is eager to have the viewer entering her artistic world, and often seduce the viewer by using symmetry as a means. That said, her fantastic drafting and choice of motifs are really the most effective tools to achieve this.

View works by Bergene available in our web shop