Grigory Mumrikov (born in 1982) is a conceptual artist and musician, living in Moscow, Russia.

Since age nine Grigory played the clarinet and got classical music education at Gnessin Musical College and then in Astrakhan State Conservatory.

Already an accomplished musician, he later entered the field of photography. Mumrikov holds his education from the famous newspaper “Izvestia” School of Journalism and Photography. In 2013 – 2016 he studied conceptual photography in Rodchenko School of Photography and Multimedia and participated in exhibitions in Moscow, St. Petersburg, Vienna, Rome and Amsterdam.

Works by Mumrikov are in the collection of Russian Museum of Photography in St Petersburg, the Union of Architects of Russia and Multimedia Art Museum, Moscow.

View works by Mumrikov in our shop 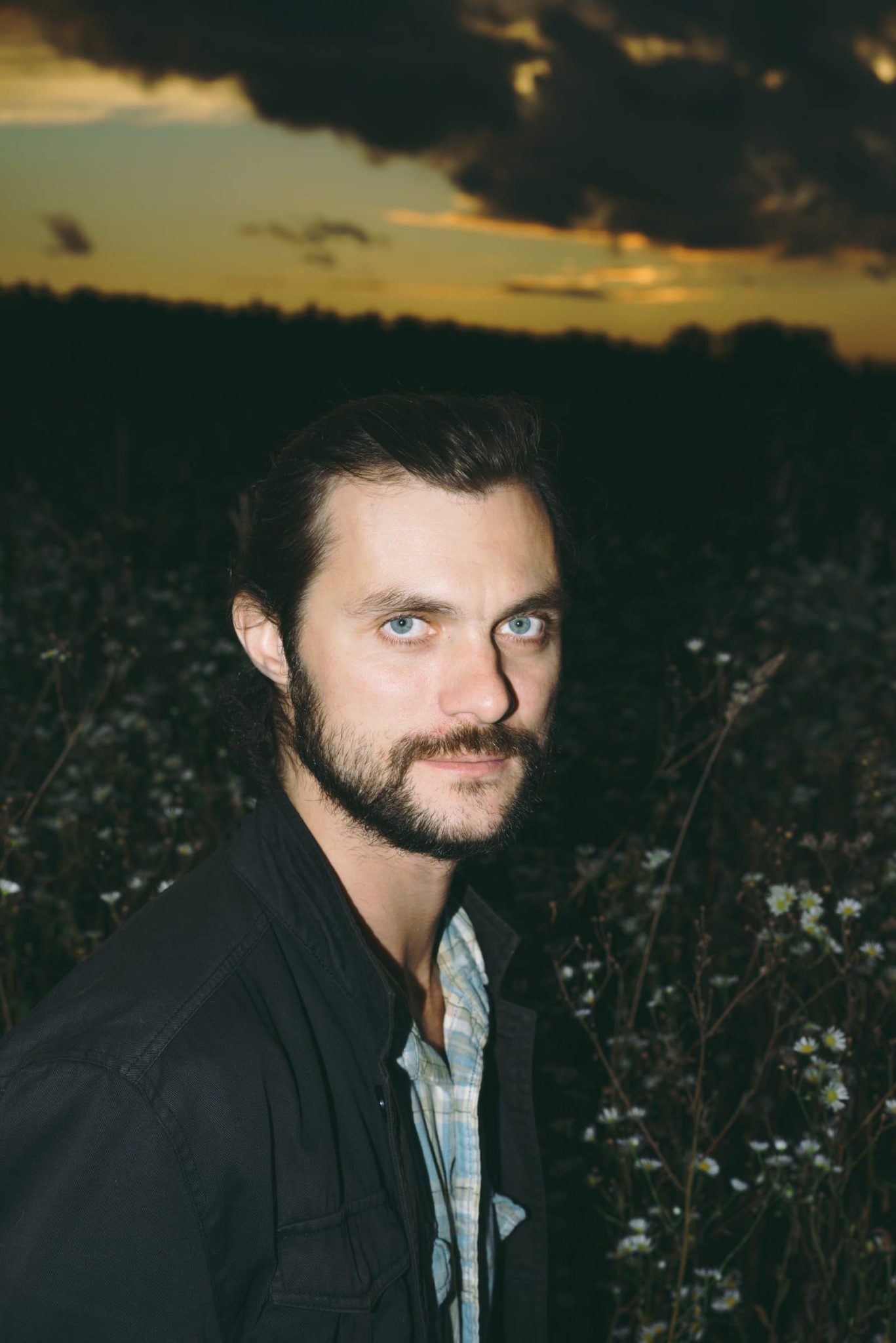 Grigory Mumrikov explores the boundaries of social fantasy and utopia, balancing on the edge of documentary and staged photography. His method is a deep immersion into the subject, and close interaction with the main characters of his series; Illegal hunters in Eastern Siberia, anorectic girls from the Russian province, outcasts and marginals of St. Petersburg. His working method sometimes leads to dangerous situations, since in his search he goes “all the way”, reaching the bottom line and the hidden parallels of existence.

Grigory Mumrikov´s Homo Scaphandricus Series is shot at Iturup Island, in the Sea of Okhotsk in the Far East. A casual companion provided assistance in the artist’s attempts to find and define the essence and meaning of a certain incident. As it turned out the man was a cosmonaut. Or, at least, an active participant of training programs for astronauts.

Meeting him, despite its happenstance, seemed meaningful to Mumrikov and filled by unformulated symbolism: The cosmonauts not only are intimately and physically familiar with space suits. Through their profession astronauts seems to be a step ahead of mankind. What the bulk of the population experiences as disturbing, is for them a common reality. Through their time together, his companion reflected on cosmonauts and nature, environmental changes and how to survive, leading up to the Homo Scafandricus photo series.

According to Mumrokov´s companion, an air space community in general, and cosmonauts in particular, perceives a space suit as kind of a natural evolution of the restless and nervous Homo sapiens. In an air space community the space suit is perceived as a kind of external skeleton, comparable, for example with tortoise shell. It has the same function; protection against a fundamentally hostile environment.

A layman, familiar with Cosmos only from TV, often perceives the space suit as a fancy device with a very limited area of application. Orbiting Earth, a space suit seems by all means a more existential artefact.

From the companion of Mumrikov´s s point of view, Earths environment has passed an irretrievable point of no return. Nature, that allowed the vulnerable Homo sapiens its existence, becomes more and more hostile and uninhabitable. And this process accelerates, so that in the nearest future the space suit will have to be a natural and significant tool for the average person to survive.

One fundamental difference between the space suit and a turtle shell is integration. A turtle´s shell is a part of it´s body. The reptile is in the lower stages of evolution and is dependent on it´s surroundings for living. In a more and more polluted environment, it will be doomed. A “full-blown” space suit will, on the other hand, keep it´s owner alive. It will enable him to maintain his existence, independent of any environmental whim or attack.

The cosmonaut´s testimony of the near future might excite your imagination. To Mumrikov it is intriguing. Not so much the appearance of a space suit, as a formal marker of transformation into a new evolutionary phase for mankind. For him the physical space suit is a manifestation of a more mythical “cognitive space suit”, that allows us to still call us Homo Sapiens, which also gradually forms a system of sealing of both individual and collective consciousness. This, in turn, will raise a sense of independence and disconnectedness, and the most arrogant and arbitrary manipulations of nature will become possible.

Besides the obvious differences between a physical and a cognitive space suit, there is one striking similarity: The “inhabitants” of both will eventually find themselves doomed to a life within a sterile, cramped and overwhelmingly solitary confinement, for their endless consumption and pollution of earth. Thus Homo Scaphandricus is born.

In Mumrikov´s opinion, the origin and materialization of Homo Scaphandricus is a topic deserving close attention. And, of course, it would be annoying if all this were idle tale of a bored space traveller.

*”Iturup Island” is a translation from the Ainu language, meaning “jellyfish”.

“I wondered whether the stillness on the face of the immensity looking at us two were meant as an appeal or as a menace. What were we who had strayed in here? Could we handle that dumb thing, or would it handle us? I felt how big, how confoundedly big, was that thing that couldn’t talk, and perhaps was deaf as well. What was in there?”
(Joseph Conrad, “Heart of Darkness”)