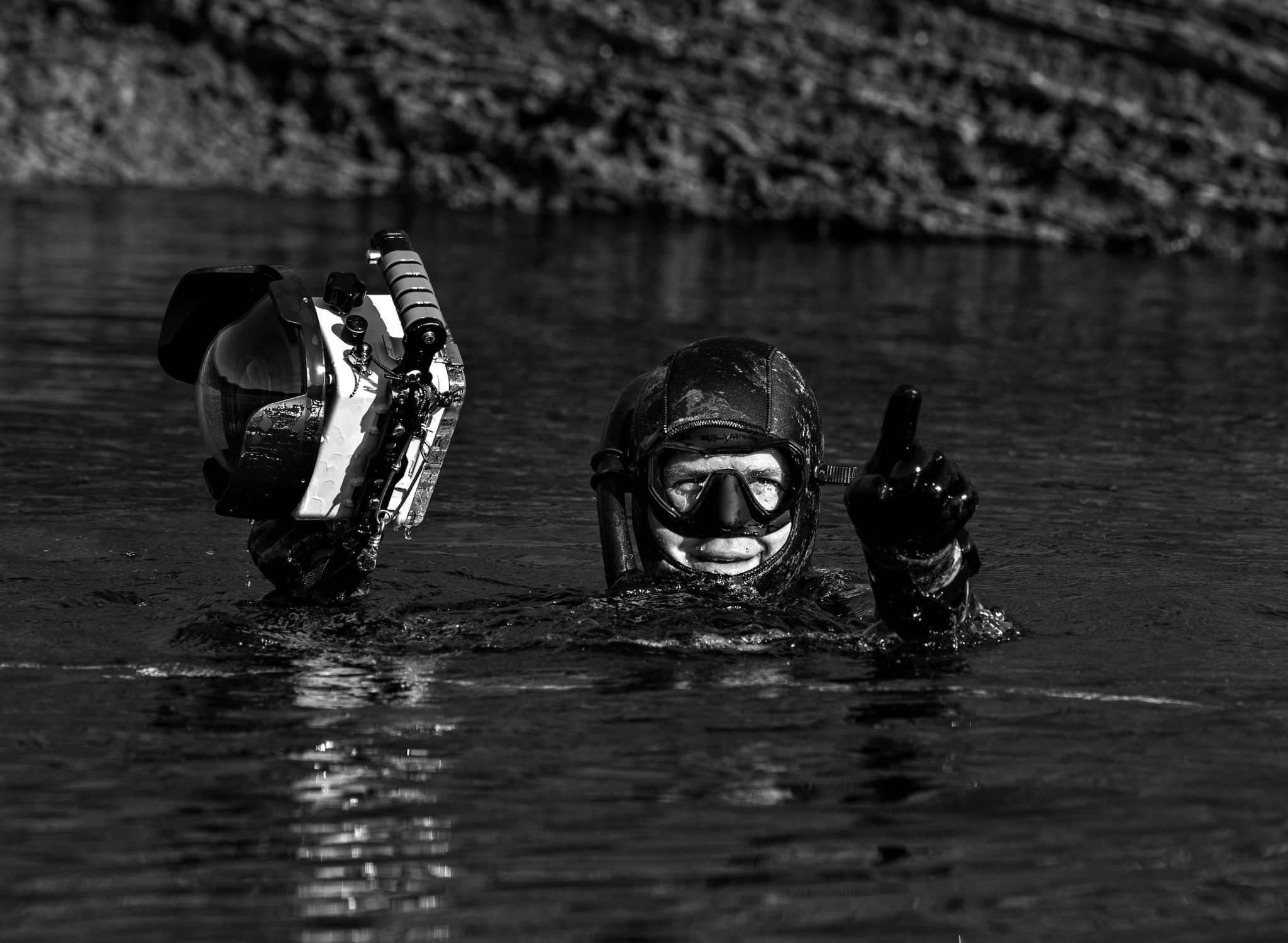 Through the years Nordahl has produced national and international documentary stories as well as portraits and features. As a photojournalist he has portrayed human kindness and beauty, but also the cruelty and suffering of war, capitalists and drug addicts, dramatic news events and small children in happy play.

His photos have won many national and international awards, among them prizes in the prestigious World Press Photo competition. He has also won the Norwegian Photo of the Year Prize twice, in 2017 with a picture from the war zone in East Aleppo, Syria. Still, his passion is freediving under water photography. With his series of “At One Breath-photos” Nordahl has taken his works into the art world, and have had several exhibitions with very good revues.

(Photo: Courtesy of Michael Byø)

Photos from Nordahl available in our shop

PRESS:
Art that Holds its Breath
Picture of the year
Harvest Magazine

For 30 years Aleksander Nordahl had dived with bottles and full diving equipment, and thought it both bulky and heavy. Diving was mainly a sport for him, never the means of taking photos. That changed after a job for the Norwegian newspaper Dagens Næringsliv, when he was sent to the north of Norway to do a story on freedivers. The rest is story, as they say.

Nordahl has since freedived all over the world, in oceans, fjords and lakes. What started as press photographing has now turned into an astonishing art project called “At One Breath” (På ett pust). In these photos Nordahl is exploring the under water world. It is a strange and silent world that reveals itself in his images: A diver trapped between the present and eternity. A light beam creeping through a hole in the ice. A dying jellyfish. A wilted birch leaf floating.
In front of every dive, Nordahl wonders how much he will be able to see in one breath…

The artist is on a quest of magical light, a perfect view, a feeling of full control over pulse and breathe, gently swimming forward, almost as floating in space.

The one breath limit “adds a conceptual aspect to the photographs that gives depth to the art project. For here we see an artist who places strict limitations on his work, through the process and the time, and who uses them to sharpen his work with art. I also see an existential side in reshaping the air and time constraints to artistically valid expressions: in order to survive, the artist must fill his lungs to the maximum to dive where he finds his motives; In order to survive, he must also quickly get out of the water, of the medium he is dependent on in order to create his art.” (“Art that Holds its Breath”, Trond Borgen, art critic)

Nordahl knows that the motives are in the water, but also how difficult they are to find. Visibility can be poor, the current strong, the light not the way he wants. Sometimes he sees motifs so beautiful that he has to admire them for a few seconds before pushing down the trigger.
He comes back, again and again.

– The pictures are characterized by a deeper respect when they are from an environment I do not belong in, and I have to rely on my own lung capacity. I’m just visiting – and on borrowed time, the artist states.

In the coming weeks and months we will present new photos from different series of Nordahl´s extensive work: Fall, Waterscapes, Tank, Hard Water and Big Blue. We are also pleased to announce that we represent Nordahl as agent of his other “One Breath” photos.